These cookies allow you to explore OverDrive services and use our core features.

These cookies help us understand user behavior within our services. The Wolf Worlds: Number 2 in series.

The Unfinished Novel and Other stories. From the Place in the Valley Deep in the Forest. Their goal: to spend every cent of their mustering out money in a party of a lifetime. The trilogy has won international praise for portraying a world of breathtaking beauty and savagery.

Of noble sacrifice and base betrayal. A world where the most powerful magic of all, for good and evil, lies in the divided hearts of humans and demons.

King of Kings, Lord over Men and Demons Alike: Only one ruler had ever held that title, and now Iraj Protarus, an orphaned prince exiled to a small village high in the Valley of the Clouds, dreamed of being the next great conqueror. The key to his destiny would be Safar Timura, a youth with an awesome gift for sorcery, whose visions foretold Iraj's rise to power.

And in those visions, Safar stood at Iraj's side, his soul-blasting spells enabling his friend to attain his dreams. But Safar had other visions with darker portents, and his spellbound knowledge raised secrets better left buried. The road the two men followed would be rich in titles and fortunes, but it would also be rich in death and disaster, in intrigue--and in unforgivable betrayal A nameless evil stalks the land, preying on all that lives, human and demon alike. Only one man has the power to stem the ravening tide: Safar Timura, greatest wizard of the age, whose matchless magic once raised Iraj Protarus to the throne of all Esmir Now Safar is done with the deadly intrigues of courts and kings.

Back in his mountain home of Kyrania, he wants only to be left alone. But when a brutal murder smashes his solitude, Safar must lead his people on a desperate trek to safety--a perilous journey to fabled, far-off Syrapis guided only by a magical vision and the words of a sorcerer long dead.

The road leads straight through dark Caluz, a once-proud land now fallen beneath the sorcerous yoke of an unspeakable darkness. But there is no going back. Close at Safar's heels another evil follows like a rapacious wolf: Iraj Protarus. For the King of Kings has returned from the dead, hideously transformed--and thirsting for Safar's blood.

What if the Cold War never ended? What if a demonic cabal altered history to feed off a burning, unreasoning hatred? And then kept Americans and Russians on the razor-edge of all out war for a thousand years to satisfy that hunger?

Suddenly all that stands between Galactic annihilation of human and spirit-world creatures alike is a halfbreed boy and a cranky old Engine Devil named Scratch. For the first time in literary history, an American and a Russian combine literary forces to tell a tale that soars to the outer reaches of imagination.


This is one of four books in the series. But Rali cared little for magic and even less for journeying. She was a soldier, captain of the elite Maranon Guard, staunch defenders of the majestic city of Orissa. But her family legacy was about to catch up with her. For the Guard's latest mission was sheer suicide: a sea-going odyssey in search of an evil master wizard the last Archon of Lycans who had fled with a secret doomsday spell that could destroy all of civilization. 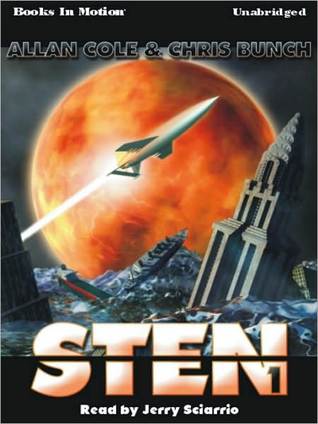 It would be Rali's greatest challenge: a desperate pursuit, raging across the great Western Sea to the fire reefs that marked the end of the world and beyond, to places unmarked even in legend. But only in the uncharted territories of her own soul and the heritage of the Aneros would Rali find the power to defeat the Archon and return to Orissa in triumph. Note from Allan: The Amazon. Wish it were so. Alas, Chris has been dead for many years now.